The beautiful Fin Garden in Kashan has an area of over 3 hectares and is an example of the Iranian garden architecture style. There are many narratives and quotations on the history of Fin Garden, the most credible of which attributes this garden to the Safavid period. The garden, which was registered in the UNESCO World Heritage List in 2011, was designed by the great Iranian mathematician, Ghiyāth al-Dīn Jamshīd Kashani, in the 13th and 14th centuries (A.D.). The attractions of this garden include beautiful fountains, ancient trees, old buildings, and water supply systems. Among the tourist attractions of Isfahan province, this garden has the greatest number of visitors during holidays such as the primeval holiday of Nowruz. The National Museum of Kashan is also located in this garden, which is divided into three sections: archeology, anthropology, and handicrafts section. Other parts of the Garden include Fin bathroom.

Fin bathroom’s construction is divided into two parts: a large bathroom and a small bathroom. The construction of the small bathroom began concurrently with the construction of the Garden. The small bathroom and Fin Garden both belong to the Safavid period, but the large bathroom was built during the Qajar period. Fin bathroom, which is a part of Fin Garden, is registered on the UNESCO World Heritage List and is one of the symbols of Kashan city. Another event that made this bathroom famous is that Amir Kabir, one of the greatest people in the history of Iran and The Chief Minister of Nasir al-Din Shah of the Qajar dynasty, was murdered in this bathroom. 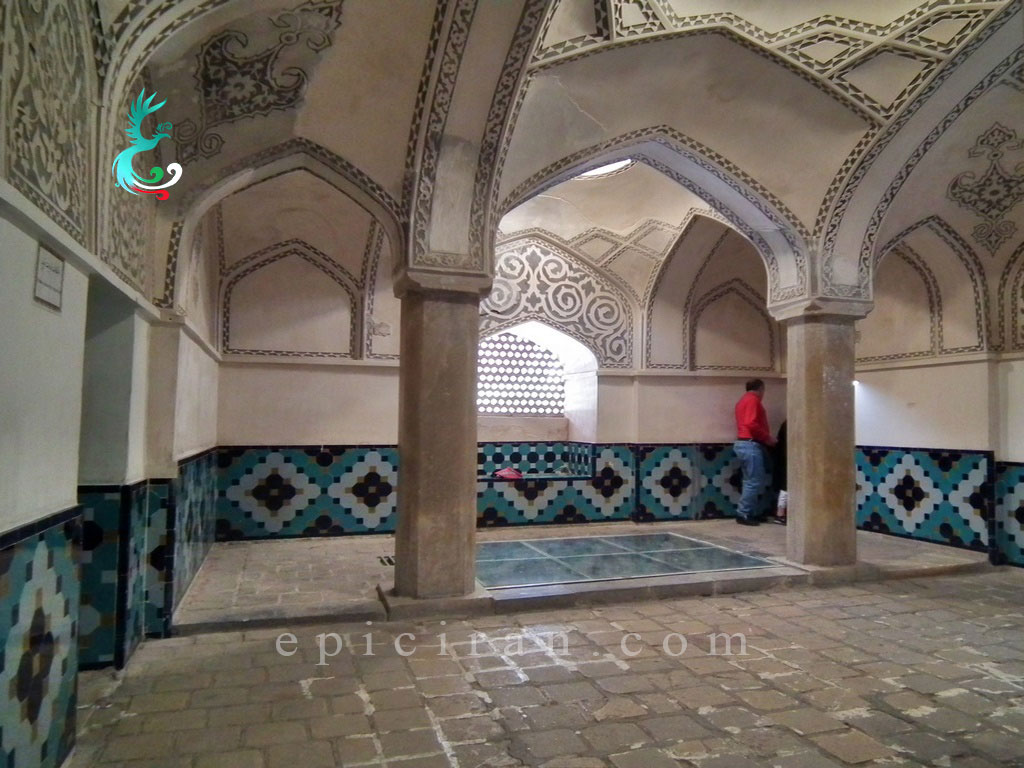