Gonbad-e Qabus, which is the greatest brick tower in the world, is located in the town of Gonbad-e Kavus. Counting the hill on which this tower is located (since the tower’s foundation is constructed in the hill), the tower is more than sixty-eight meters high. The age of the tower’s construction goes back to the year 996 A.D., in the Ziyarid dynasty. During that period, the city of Gonbad-e Qabus was the capital of this dynasty. 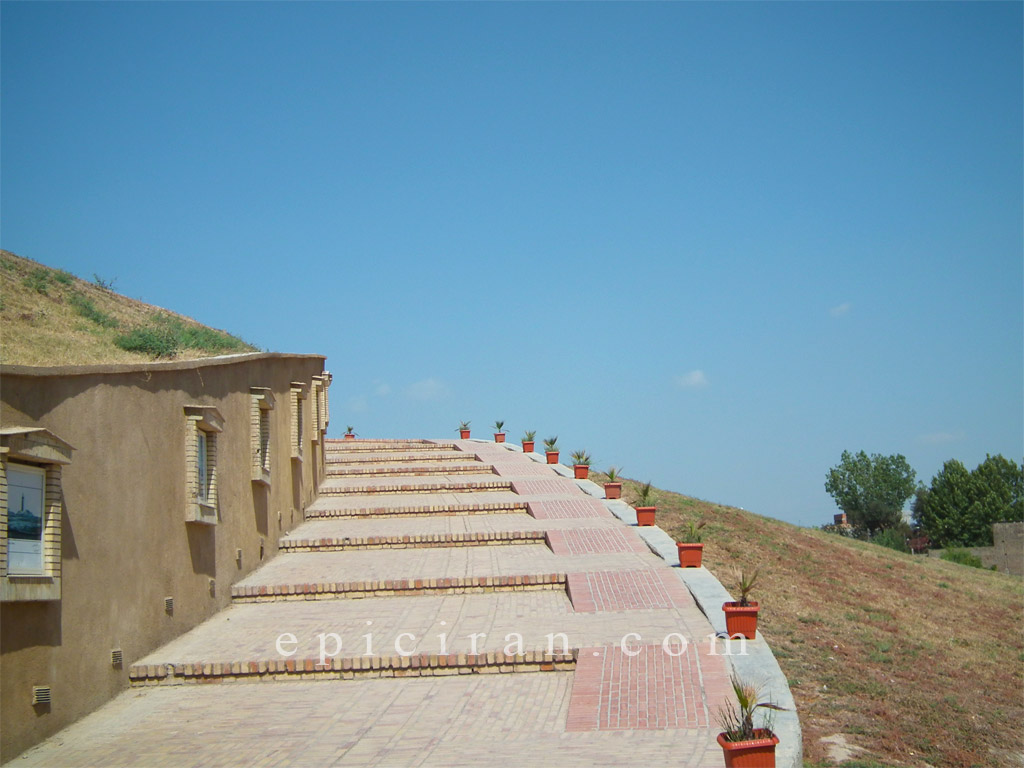 The structure of Gonbad-e Qabus was built on the command of one of the greatest rulers of this dynasty, Qabus Ibn Voshmgir, which later on turned to his resting place. He was a mighty monarch, who invited Avicenna, the great Persian physician, and scientist, whose tomb is located in Hamadan, to Gonbad-e Kavus, and supported him. The construction of structures such as this was initiated before the Islamic Conquest, and the followers of the Zoroastrian religion used these structures for performing religious ceremonies and keeping the fire burning. Years after the Islamic conquest in Iran, and the founding of Islamic-Iranian dynasties, the construction of such buildings for the displaying of the way through lighting a fire on top of them got much more frequent.

Gonbad-e Qabus does not possess many ornaments, and its main ornaments are inscriptions that are marked on the external part of the tower in the Arabic language.

– In the Name of God, the Compassionate, the Merciful

– This is the majestic palace.

– Commanded on its construction during his lifetime