“Haj Shams al-Din Muhammad bin Zainuddin Alishah Meibodi” built Hazireh Mosque in 1430. The mosque was built after Haji Alishah’s wife became seriously ill. Hajj Alishah vowed to build a mosque with a bath, Ab Anbar is a traditional reservoir or cistern of drinking water in Greater Iran in antiquity) and a residence for the poor and travelers if his wife could recover. At first, Hazireh Mosque was just a simple room with a brick facade. Nowadays, from the original building of the mosque, only the marble Mihrab (Mihrab is a semicircular niche in the wall of a mosque that indicates the qibla; that is, the direction of the Kaaba in Mecca and hence the direction that Muslims should face when praying) remains and all the tiles and other parts of the mosque were built recently.

Hazireh Mosque has two Shabestan (an underground space that can be usually found in the traditional architecture of mosques, houses, and schools in ancient Iran), a Howz (In traditional Persian architecture, a howz is a centrally positioned symmetrical axis pool. If in a traditional house or private courtyard, it is used for bathing, aesthetics or both) in the courtyard and two tombstones inside Hazireh Mosque, which are said to belong to the builder of the mosque and his wife. Hazireh Mosque is located on the eastern side of Imam Khomeini Street and in the Pirborj quarter. 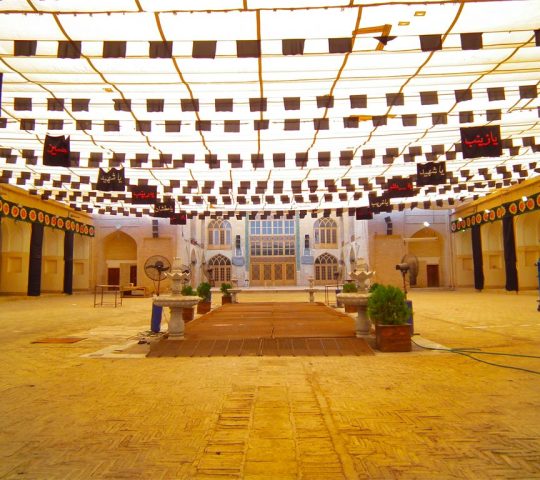 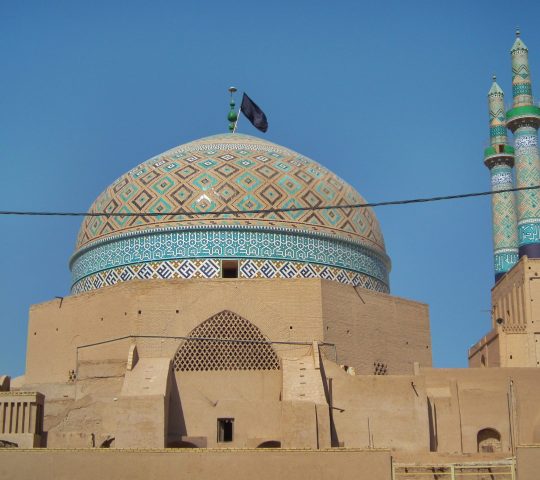