The beginning of the construction of this mausoleum, which consists of different parts, can be considered in the early years of the 16th century and after the death of Sheikh Safi al-Din Ardabili, the ancestor of the Safavid kings. There have also been constructions taking place in the mausoleum 3 times afterward, which shows the importance of the mausoleum for the kings of the Safavid dynasty. Sheikh Safi al-Din Ardabili was one of the pioneers of Sufism who had many followers all around the Middle East.

Sheikh Safi al-Din’s shrine consists of several parts such as the shrine, Dar al-Hifaz, old and modern rooms called Cheleh Khaneh (a place where Sufi people stayed there for 40 days and prayed and performed rituals), the tombs of Safavid princes and princesses, the chambers (where the theologues stayed during their education), the yard of the martyrs of Chaldoran war, Jannat Sara mosque, the seat of Sheikh Sadr al-Din Musa (the son of Sheikh Safi al-Din) and the tomb of Shah Ismail’s wife (the mother of Shah Tahmasp). The most important part of the shrine is the mausoleum of Sheikh Safi al-Din, which is one of the architectural magnum opuses in the world that indicates gnostic principles. This brick tower with a turquoise tiled façade is 18 meters high, which is called “Allah-Allah Dome” due to the repetition of the word Allah in the internal façade of the tomb.

This shrine is located near Alighapu Mosque and Ardabil Anthropology Museum. 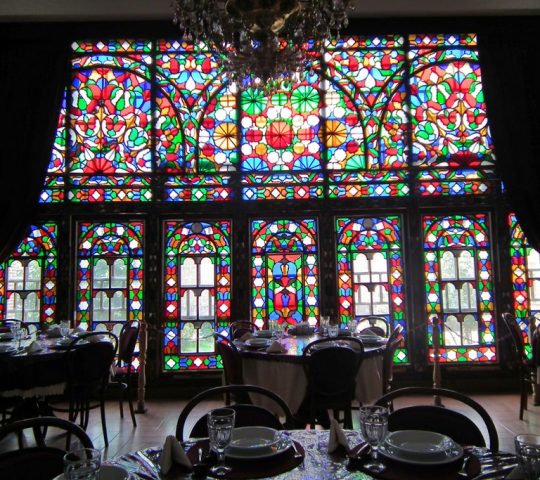 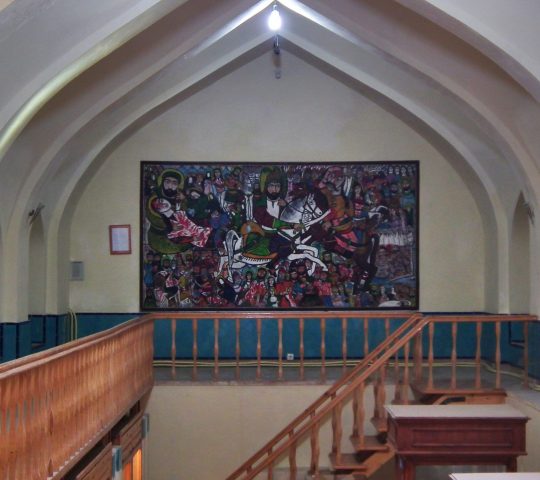