Taq Bostan petroglyph, which dates back to 1600 years ago, is located in the northwest of Kermanshah. The petroglyphs of the Sassanid period can be divided into two sections including the large vault and the small vault. The most recent petroglyphs belong to the Qajar period, which was engraved in little distance from the arcs of the Sasanian period.

The Large Vault of Taq Bostan

The large vault in an 11-meter-high porch is divided into several sections: the first part is the coronation scene of Khosrow Parviz (Sassanid king) who rides on his armored horse. The second part contains the carvings on the sides of the entrance of the vault, which shows the scene related to the king’s hunting ground while he is watching the herd of deer and the mahouts are collecting hunted boars. The third part is the upper part of the vault, in which Khosrow Parviz (Khosrow II) is taking his crown from the Gods of ancient Persia.

The Small Vault of Taq Bostan

The small vault older than the large vault. Like the large vault, in this petroglyph, the scene of the coronation of Ardeshir II is engraved. Below Ardeshir II’s feet, the figure of Julian, The Roman Emperor, who was captured in one of the wars, was carved and this was the first time in history that a Roman emperor was captured. There are two inscriptions on both sides of the vault, which are written in Pahlavi script and introduce the king.

This petroglyph which dates back to about 200 years ago (Qajar period), indicates the son of Fath-Ali Shah (The Qajar King).

Taq Bostan museum is located in the historical area of Taq Bostan in which some ancient stones are kept from the Sasanian and Islamic era. Among the significant stones which are being shown in this museum, we can point out 10 Sassanid capitals (capitals of pillars), vases, cascades, and Khosro Parviz Bust. There are more than 40 valuable stones in this museum. 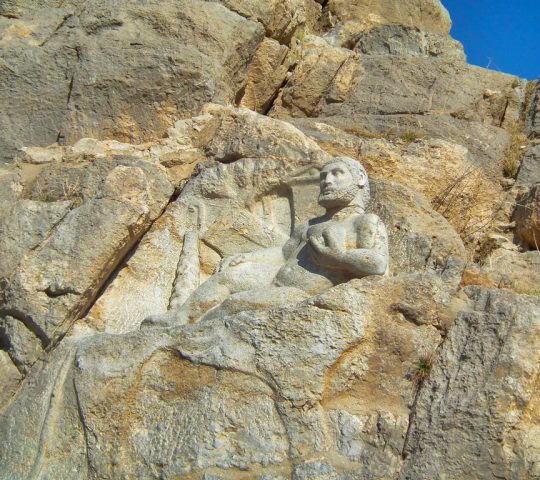 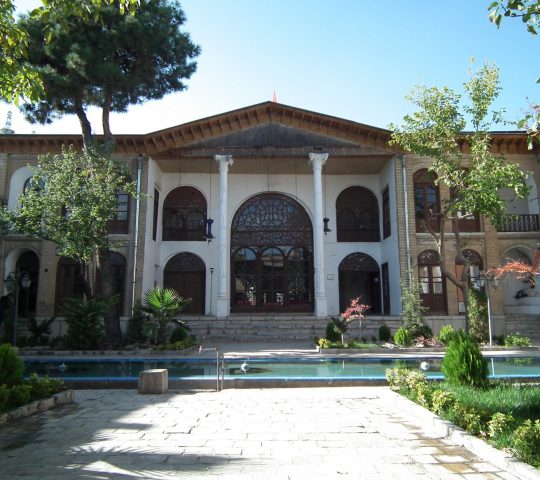