Tekyeh Moaven al-Molk (Mosque specifically built for religious gatherings and mourning) which is more than 110 years old, was built in the Qajar era. Its most significant characteristic is using mosaics which the experts believe all the colors used in them are natural. There are some paintings on the walls of Tekyeh Moaven al-Molk which contain paintings of historical events such as Ashoora and national and epic tales.

Currently, there are two active museums of ornaments and traditional clothes of the province Kermanshah in this tekyeh. 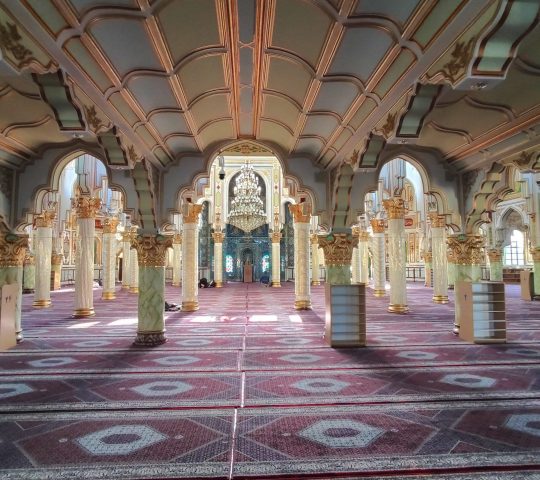