Ali Qapu Palace is located on the western side of the Naqsh-e Jahan Square. The palace was built in 1594 A.D. by the order of Shah Abbas I of the Safavid dynasty and the purpose of construction of this palace was to build an entrance for Naqsh-e Jahan Square. At that time, due to the transference of the capital from Qazvin to Isfahan, the population of Isfahan was increasing. 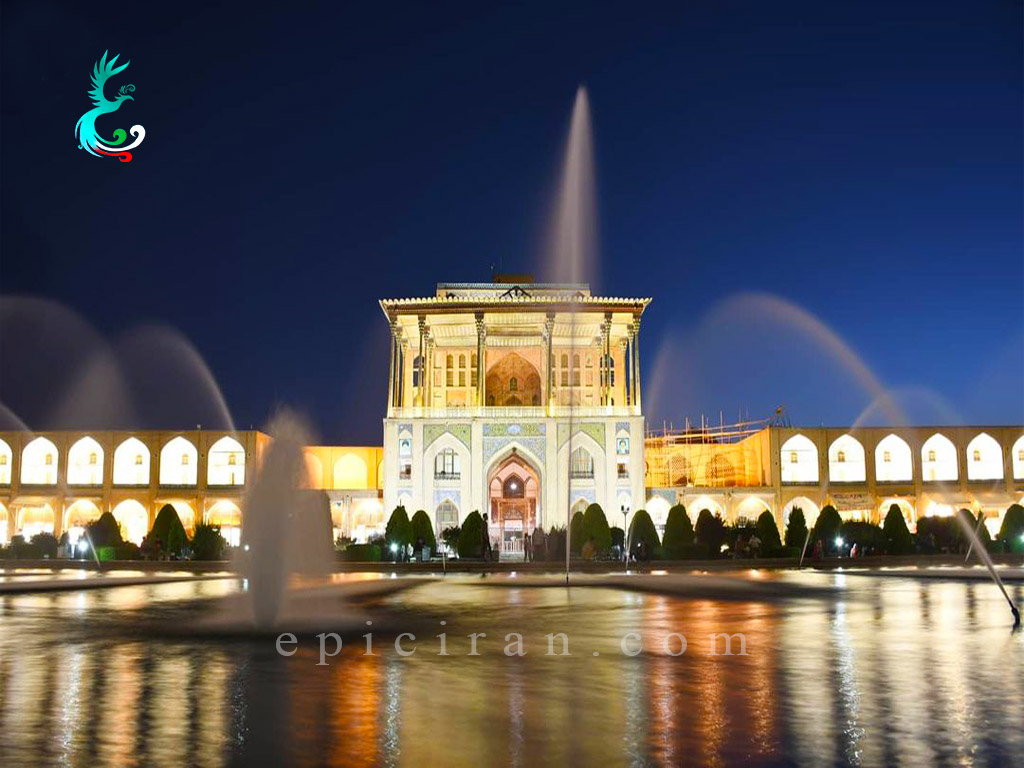 For the same reason, the next Safavid kings attempted to enlarge this place in order to build a suitable building for Isfahan city. The completion of the Ali Qapu Palace lasted between 70 and 100 years, till it was established in the same appearance as today. 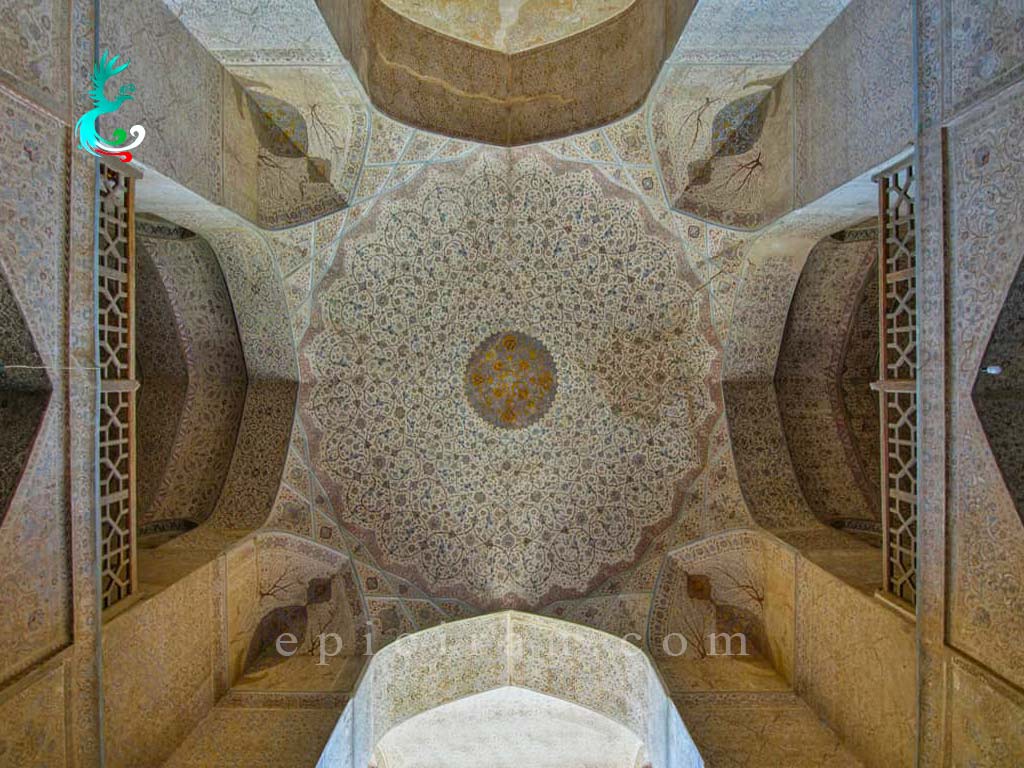 Ali Qapu Palace, which is 48 meters high, was the tallest palace of Isfahan for a long time. The painting of the interior surfaces of the palace was done by Reza Abbasi (the famous miniature painter of the Safavid dynasty) and Philippe Angel of the Netherlands, which has led the Ali Qapu Palace to become more magnificent. The external surface of the palace is also decorated with bricks and the crescent-shaped part of every entrance (which is called Lachak in Persian) is decorated by 7-colored tiles, flourishes, and arabesque (Eslimi in Persian) drawings. Ali Qapu palace is located in the center of Isfahan city, the east of Chaharbagh Street, and the western side of Naqsh-e Jahan Square. Other nearby (near Ali Qapu palace) tourist attractions include Sheikh Lotfollah mosque, Qeysarie gate, Natural History Museum of Isfahan, Hasht Behesht palace, and the great Abbasi mosque. 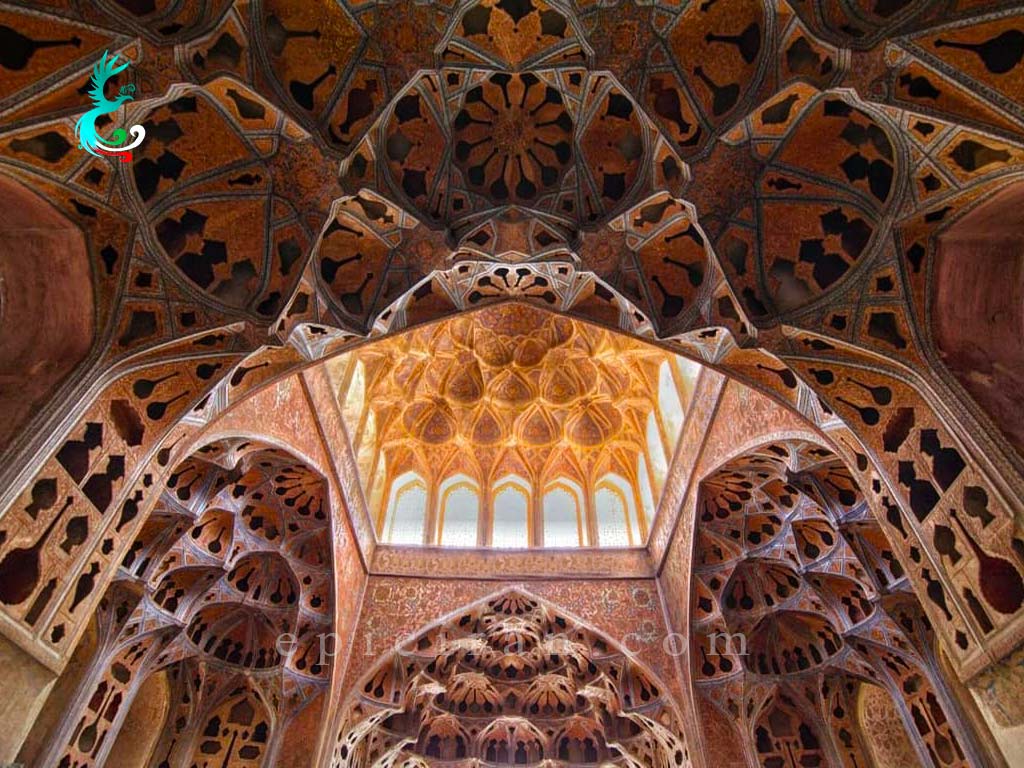