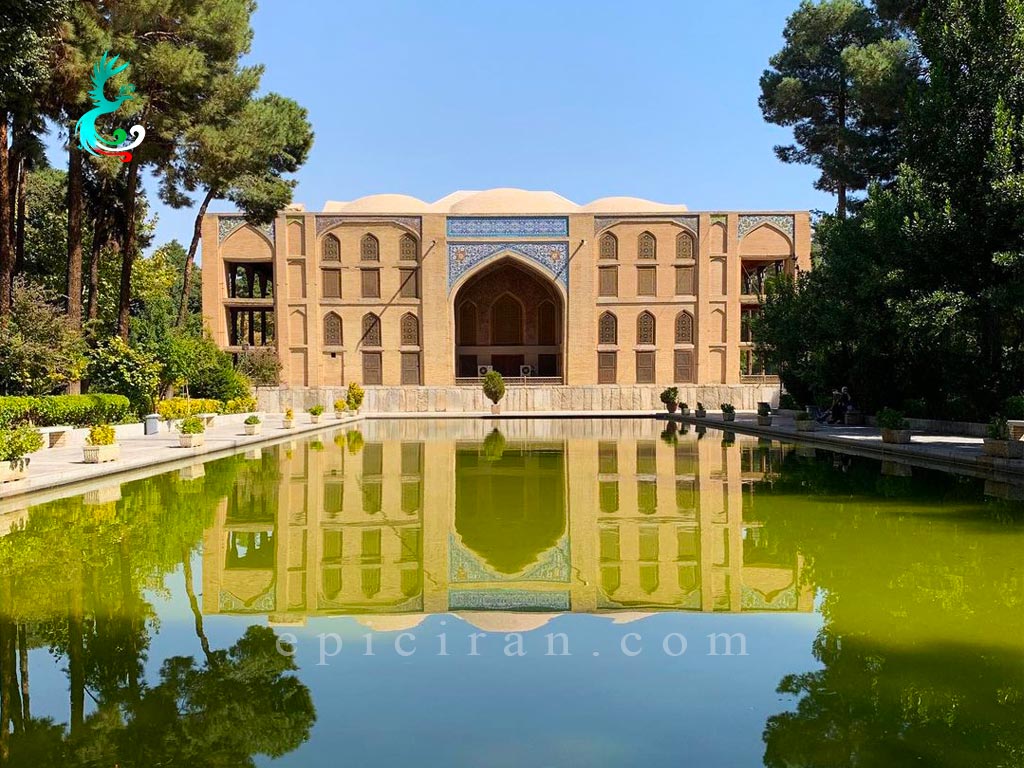 The main hall of the palace, which is considered as one of the masterpieces of this period, contained a special hall for foreign guests and authorities from other countries which featured paintings of important events of various historical periods. The Iwan (a rectangular hall or space, usually vaulted, walled on three sides, with one end entirely open) of Chehel Sotoun Palace consists of two parts: A section which is based on 18 high wooden columns, and the four middle pillars which are located on 4 stone lions and their carvings are in such a way that two lions are placed on the head of a man. 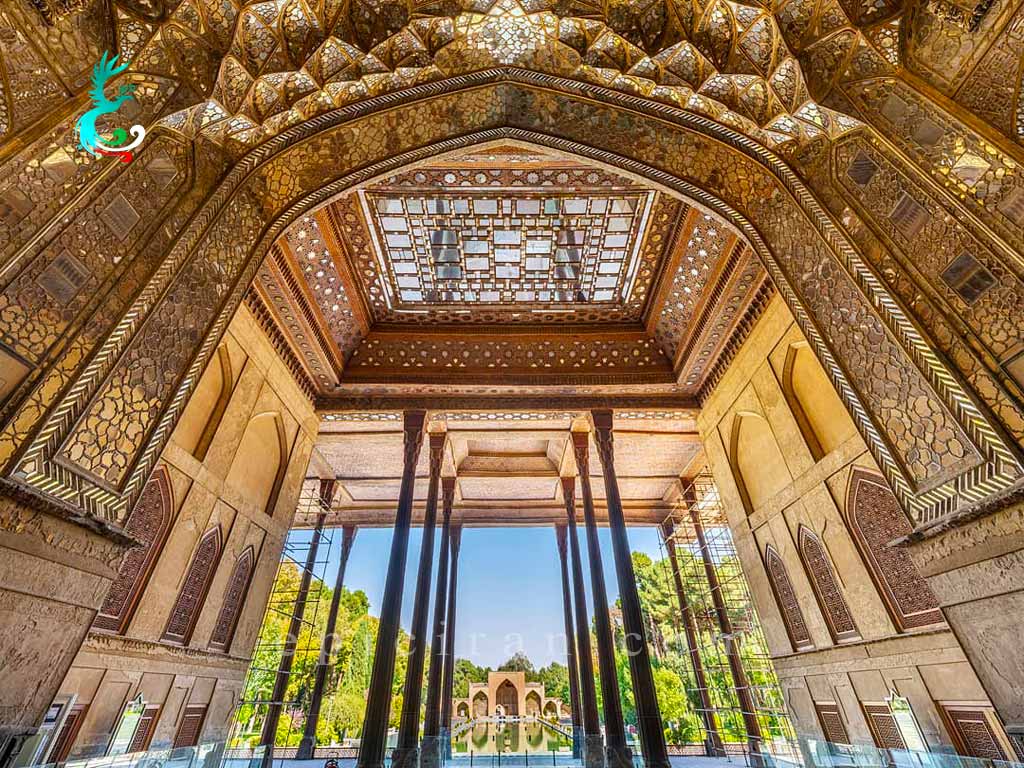 There is an interesting point about the naming of this palace. There are only 20 columns outside the palace, but due to the reflection of the images of these columns in the water, it is named Chehel Sotoun (in Persian means forty columns). Chehel Sotoun Palace is located in the center of Isfahan and near Naqsh-e Jahan Square, Sheikh Lotfollah Mosque, Imam (or Shah) Mosque, and Hasht Behesht Garden. Imam Hossein Square Subway and Bus Stations are the closest public transport links to Chehel Sotoun Palace. 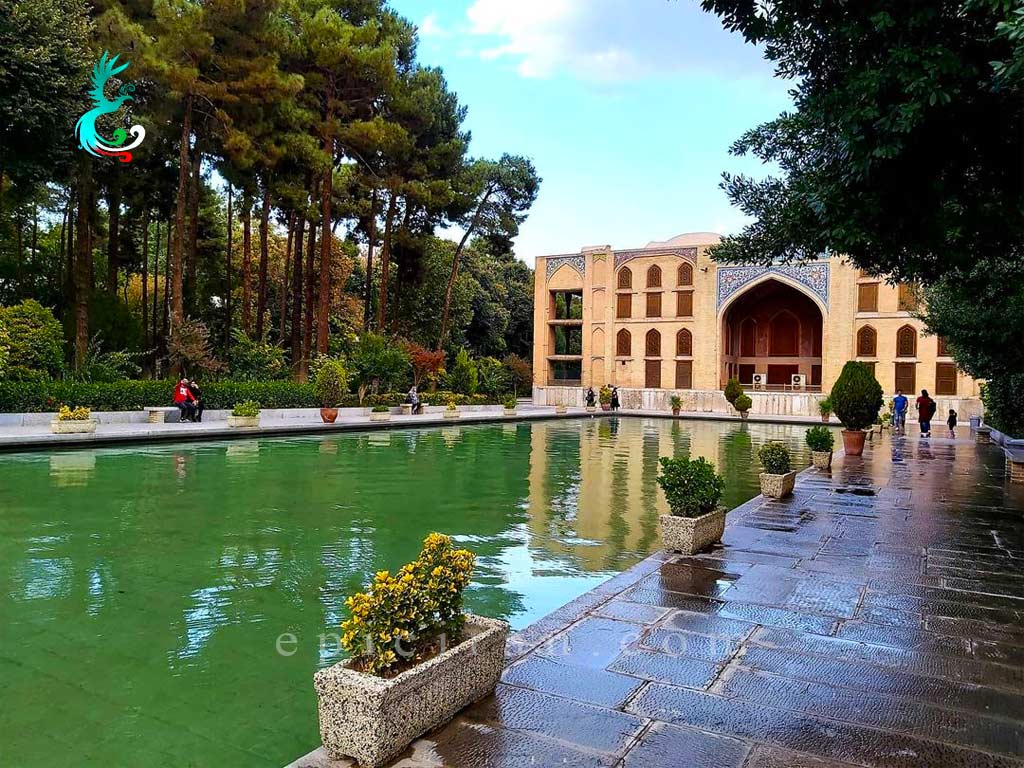