Ganjali Khan, a nobleman of the Zik tribe (one of the original tribes of the Arsacid dynasty), was a company of Abbas Mirza (the prince of that time who later became a king) in Herat while he was under education. upon Shah Ismail of the Safavid dynasty’s demise (who was the father of Abbas Mirza) the noblemen of Herat, notably Ganjali Khan, helped Abbas Mirza to become a king, When Shah Abbas acquired the authority, Ganjali Khan became the ruler of Kerman and did many actions that lead to Kerman’s prosperity including the construction of the Ganjali Khan complex. The complex with an area of 11000 meters consists of different parts namely the Square, Bazaar, historical bathroom, mosque, school, mint (Zarrabkhaneh in Persian, is a plant where the money is coined), Ab-Anbar, and Caravanserai.

The Square of Ganjali Khan Complex

Being constructed in 1597 (Gregorian calendar), this square is located in the center of Kerman city and the neighborhood of other parts of the Ganjali Khan complex. Beautiful parts of the square include Howz (a centrally positioned symmetrical axis pool), the green space, brick vaults, and tiles.

The Bazaar of Ganjali Khan Complex

The construction of the bazaar building and the square occurred concurrently. Bazaar’s building includes 18 shops. After passing this bazaar you will enter the Goldsmith market which is also known as Qeysarie bazaar.

Tiles, stuccos, and the whole decoration of the bathroom date back to two different dynasties. The primary decoration belongs to the Safavid dynasty and the construction date namely 1611 (Gregorian calendar). The secondary decoration was done during the Qajar dynasty. The contents of the paintings and the tiles on the walls of the bathrooms mostly include love stories, wars, and Iranian mythical characters.

The Mosque of Ganjali Khan

Regarding the vicinity of the mosque building and the Caravanserai, it could be guessed that the people who stayed in Caravanserai, used this mosque for prayer and worshipping purposes. The mosque was constructed two years after the construction of the square and bazaar. This mosque includes beautiful Muqarnas and stuccos like every other mosque which was built during the Safavid dynasty. The School and Caravanserai of Ganjali Khan

Nowadays these two buildings have turned into seminary (theological school) where Shia clergies educate in Kerman. There is an epigraph on the wall of the school which shows that the construction of these two buildings and the mosque were done concurrently. Like most Caravanserais related to the Safavid dynasty, the architectural plan of this Caravanserai includes 4 Iwans.

The construction of this building approximately dates back from 1596 to 1624 which is the time when Ganjali Khan was ruling. Regarding that there were some coins found in the excavations of this building, it could be guessed that the building was functioning as a mint (a place where money was coined). Nowadays the building is used as a coin museum. There are many coins preserved in this museum that are related to different Iranian dynasties namely Arsacid, Sasanian, Qajar, Pahlavi, etc.

The last part of the complex is an Ab-Anbar (in Persian, a traditional reservoir or cistern of drinking water) which is located across from the Caravanserai.

Ganjali Khan complex is surrounded by many tourist attractions such as Malek Mosque, Bibi Hayati museum, and Jameh Mosque of Kerman. 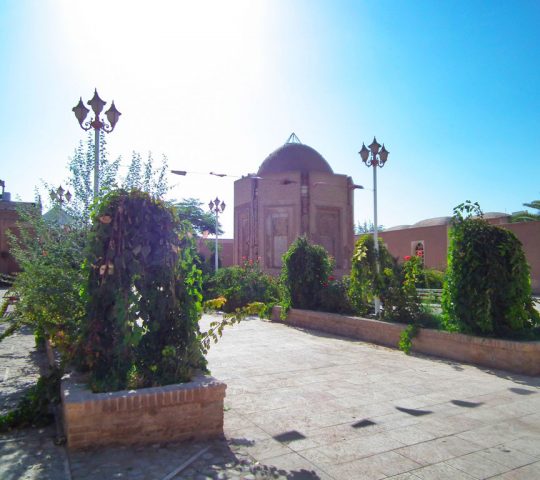 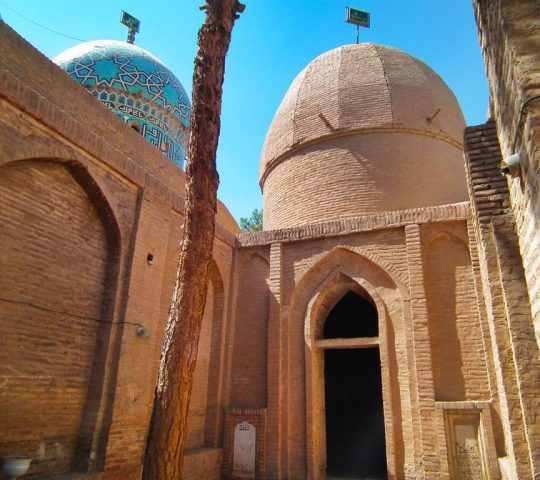 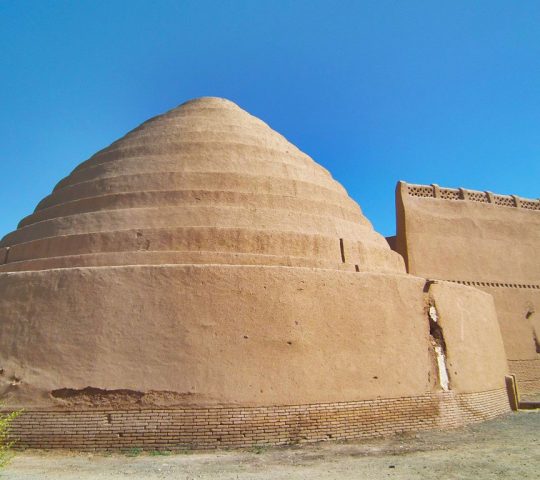 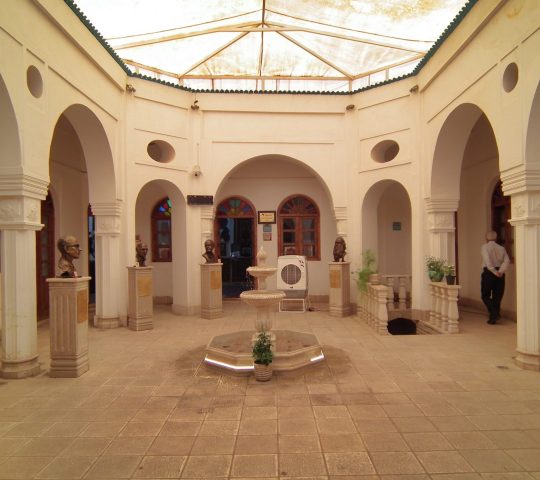