Malek mosque is one of the oldest mosques in Iran and its main building dates back to the Seljuk dynasty (i.e. more than 900 years ago). However, there are several Mihrabs in the mosque which are older than the mentioned time and they date back to the Buyid dynasty (100 to 150 years before the construction of the main building).

Malek mosque consists of several Shabestans (an underground space that can be usually found in the traditional architecture of mosques, houses, and schools in ancient Iran) and a vast Sahn (a courtyard in Islamic architecture). The mosque has an area of 9000  and contains 3 entrances and 4 iwans (a rectangular hall or space, usually vaulted, walled on three sides, with one end entirely open). The great Qibla Iwan is the greatest iwan which is located on the west side of the Sahn. This iwan is decorated with bricks in the Seljuq period style.

The most spectacular items of this ancient mosque of Kerman city include stuccos of the vaults, Seljuk style tiles, and muqarnas decorations on the internal parts of the ceiling of the iwan.

Malek mosque is surrounded by many tourist attractions such as the Ganjali Khan complex and Jameh Mosque of Kerman. 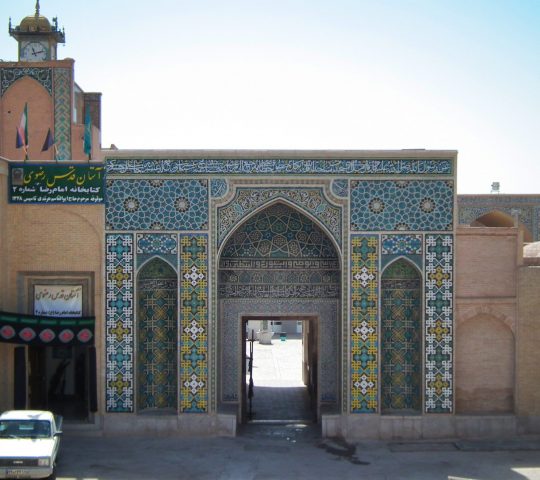