Omar Khayyam Neyshaburi (born 1048 A.D.) is a poet, mathematician, and philosopher of the Seljuk dynasty. Khayyam’s poetry was translated into English for the first time, by Edward Fitzgerald, causing Khayyam to become more famous. Nowadays Khayyam’s poetry has been translated into most of the world’s living languages. Khayyam also wrote many books on mathematics, in which he spoke of his mathematical discoveries and that made him one of the most influential mathematicians of the 11th and 12th centuries. Khayyam organized the Jalali calendar in the years when he served as the supervisor of Isfahan’s Observatory. For many centuries, the Jalali calendar was the most accurate calendar in the world. NASA has named a lunar crater and the 3095 asteroids as Khayyam in his commemoration.

Hakim Omar Khayyam died in 1131 A.D. in his birthplace (in Neyshabur) and was buried in a garden in Neyshabur. This garden was of religious significance since the mausoleum and mosque of Mohammad Mahrouq, an Imamzadeh of Shia Muslims (an Imamzadeh refers to an immediate descendant of a Shia Imam in the Persian language) were located there; yet after the burial of Khayyam, it became even more important than before. The construction of The Mausoleum of Omar Khayyam ended in 1963. the Iranian architect, Houshang Seyhoun, was inspired by Khayyam’s ideology of math, astronomy, and poetry to build this tomb. Khayyam’s Rubaiyat (a poem or a verse of a poem consisting of four lines) has been calligraphed by Morteza Abdolrasouli all around the Mausoleum of Omar Khayyam. 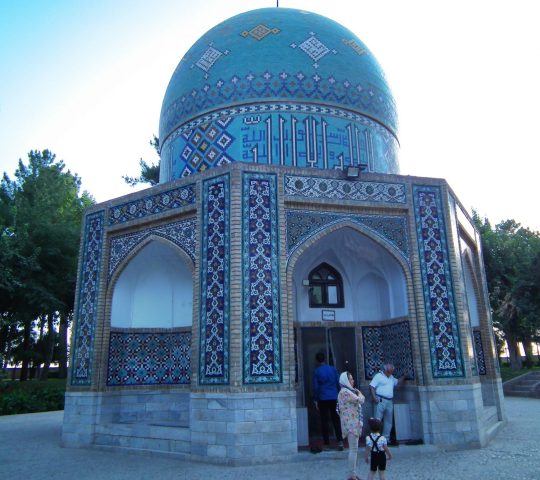 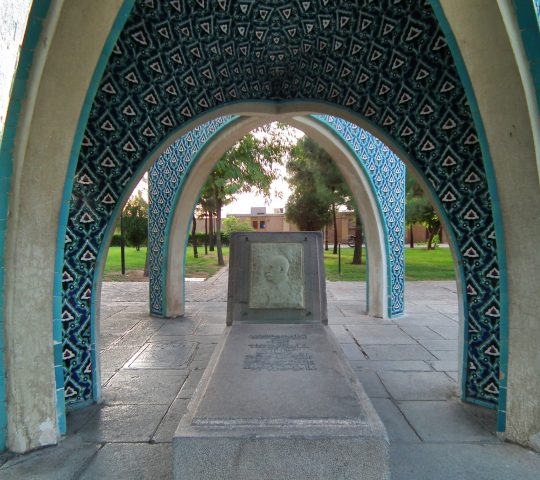