According to al-Biruni’s book-The Remaining Signs of Past Centuries- the Tirgan Persian festival refers to when a war occurred between Iran and Turan, both civilizations agreed to a deal that specified the border of Iran with an arrow.

There was an Iranian famous archer was Arash the archer who went to the peak of Damavand mountain and threw an arrow, According to mythological sources the arrow was moving from the early hours of the morning to mid-day and the arrow landed on a tree trunk near the Amu Darya(Oxus) river, Arash the archer died after that because all his energy was gone for threw the arrow.

After this ancient event all Iranian attempt to conserve his name and what he did for his nation with Tirgan Festival. Iranian who lives outside of Iran also celebrate this Persian festival like Toronto, Canada.

One of the greatest Persian festivals is the Sadeh festival and it is considered as the birth of fire. The ceremony to be held at this Persian festival is the kind of firewood that was prepared, and after the speech and the song and the stomp, Mobad in the Sasanian period gained a bright tulip (burned), and Avesta reader walks around the fire after reading the song of fire and prayer when the fire is flaming people start to stomp.

Mehregan celebration was one of the most important Persian festivals of ancient Iranians after Nowruz. Iranians always celebrate crossed days and moon with the same name. This Persian festival will be held on the 16th of Mehr (the seventh month of the solar Hijri calendar), which is called Mehr (means kindness in Persian). The Mehregan celebration of the feast takes 6 days, and on this day the Sasanian kings crowned a corona like a sun.

In addition to the confluence of the day and the moon, other occasions are also considered for the Persian festival. Including that on this day in the human body and beasts of the spirit are blown up. On this day, people fought against Zahak with the guidance of Kave Blacksmith and placed Fereydun on the throne and Ardeshir the unifier has crowned on this day.

Iranians celebrate the longest night of the year. According to the ancients, on this night darkness is lost and the brightness is won and the sun is born on this night.

Today, Yalda is a common Persian festival among all families in the Iran community. In the past, the families gathered around the Korsi and ate the fruit and grizzle that was on the Korsi. Dining Yalda night dishes depend on the economic situation and the dietary habits of families. Of these common nourishments of this night can mention watermelon, pomegranate, apple, cucumber, and nuts. Another Yalda custom is the Hafez horoscope that has been added to this Persian festival in a few recent centuries.

Bahmanagan is another crossed day and moon Persian festival. One of the traditions of those days was that people went to mountains and plains with special ceremonies and collected medicinal herbs to use throughout the year. Avalon in Avesta is a person who represents the good thought and good manners and wisdom of the Lord.

Ancient Persians count this day as the day of respect for women and the earth. On this day, Iranian men put women on the royal tables and obeyed them, and gave them gifts. Sepandarmazgan was a great way for men to respect their mothers and their wives, and because this festival continued for a long time and was very magnificent, women’s respect for men was always reminded.

From the old days, Iranians considered this day as the day of women, mothers, and love.

The new year was welcomed by ancient Iranians a month earlier before the start. The people were getting ready for spring by cleaning their houses and buying new clothes and furniture, after these, on the last Wednesday of the year (Chaharshanbe Suri), they made fun for recovery.

On this night, people set fire on fire outside their homes, and they say, “My jaundice leaves you from me to symbolically deprive you of diseases and diseases.” One of the nights on Wednesday’s nourishment is nuts, which is a mixture of pistachios, almonds, hazelnuts, figs, peaches, and other nuts.

Chaharshanbe Suri holds different regions of the country. For example, in the west and north regions of Iran, especially in Lorestan and Azerbaijan, some people are anonymously (from those who lives there) go to the roofs of houses and hang a colorful scarf into the courtyard, and the owner of the house gives them a gift inside and then they lift them and sing songs to wish the bests for the house owner.

In recent years people add firecrackers to this Persian festival that making it much more fun.

Nowruz is one of the oldest Persian festivals, which historic and social events have never been able to eliminate. Nowruz customs are more than other Persian festivals, buy new furniture, clean the house, arrange Haft Sin table, and plant Sabzeh. Iranians celebrate the spring and the New Year by visiting elders and relatives.

The Haft Sin is a table that Iranologists believe it’s a symbol of goodness in the Iranian ancient community. The table is included seven items, all of which begin with the same letter (seen-س) in the Persian alphabet. There is an ancient custom that is all members of the family seating around the Haft Sin table while the last moments of the year to welcome the new year.

Younger members of the family shake the hands of elders and do greetings by kissing on the cheek.

Samanu (A sweet dessert that is brown and rich)

These are the main items that are present at the Haft Sin table.

Besides, mirrors, colorful eggs, redfish in the bowl of water, bread, flowers, coins, and the holy books belonging to the religion they follow (Quran, Avesta, etc) are other items that people use to arrange Haft Sin table.

Nowruz is one of the international Persian festivals of Iran that celebrate in other countries like Afghanistan, Tajikistan, Uzbekistan, Kazakhstan, Kyrgyzstan, Turkmenistan, Azerbaijan, Georgia, and some regions of Russia, Turkey, Iraq, and Syria by Kurds, India, Ukraine, and Bangladesh. 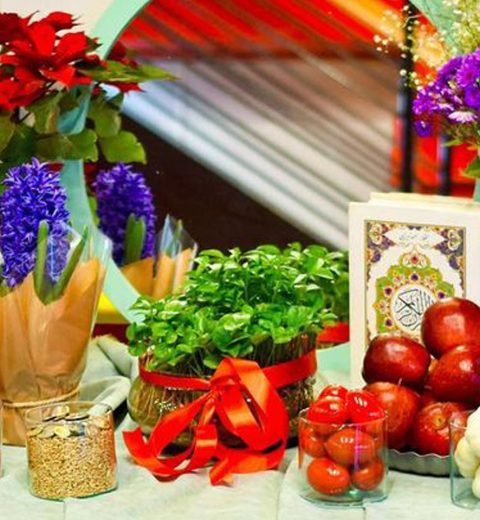 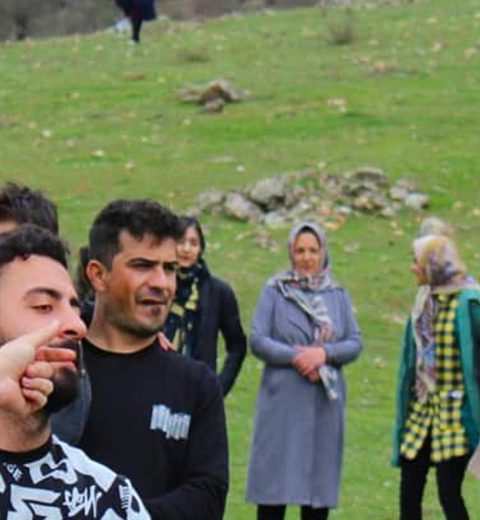 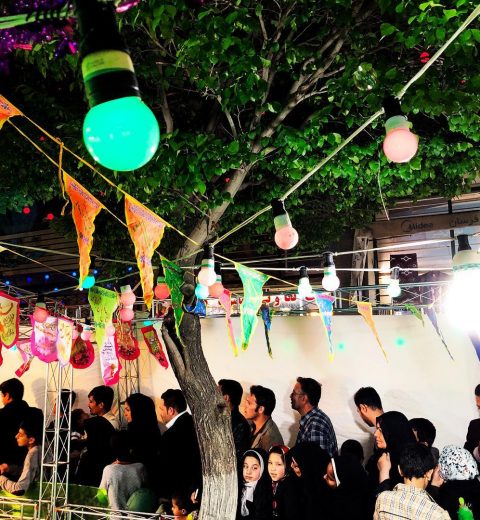